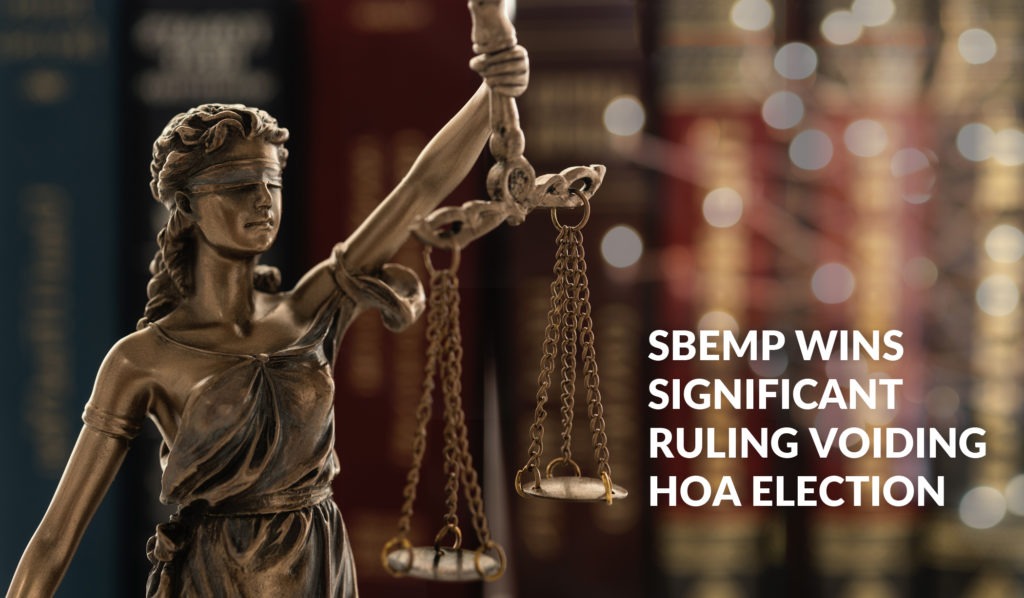 A group of homeowners represented by SBEMP has prevailed on a Motion for Summary Adjudication against Morningside County Club (“Morningside”), a common-interest development in Rancho Mirage, California, which asked the court to void the results of an election which imposed a $250 monthly fee (“Proprietary Fee”) on all homeowners to support The Club at Morningside (“Club”), a private Golf and Tennis Club at Morningside, regardless of whether a homeowner was a member of the Club. Concurrent with the adoption of the Proprietary Fee, the Club gave its members a credit against their monthly dues in the same amount as the Proprietary Fee. Thus, in effect, non-Club members were required to pay the fee to subsidize the Club without obtaining any privileges at the Club. The court further held that Plaintiffs were entitled to restitution (reimbursement) of all amounts paid on the Proprietary Fee.

In 2015, SBEMP filed a lawsuit on behalf of 23 non-Club member homeowners against Morningside, the Club, the law firm of Peters & Freedman LLP (which acted as the Inspector of Elections), as well as various individual members of the governing boards of Morningside and the Club, challenging the validity of the Proprietary Fee under the Davis-Stirling Act. The lawsuit alleged that the Proprietary Fee was an impermissible unequal assessment and exceeded the amount necessary to defray the costs for which it was levied, both in violation of the Davis-Stirling Act. The lawsuit also alleged that Defendants engaged in election fraud by using information secretly obtained from the Inspector of Elections during the course of the election regarding who had voted. Defendants then used that information to tally the vote and determine who to contact in order to increase the number of votes in favor of the Proprietary Fee.

The court held that the undisputed facts showed that there were clear election violations which justified voiding the election results. Relying on provisions of the Davis-Stirling Act governing HOA elections (Civil Code section 5100 et seq.), the court concluded that the Inspector of Elections’ actions in providing Defendants ongoing updates of who had voted violated the principle of the secret ballot and the Inspector’s duty of fairness and impartiality to all homeowners primarily because the information was useful only to those in favor of the Proprietary Fee. The court further found that the Proprietary Fee disproportionately affected non-Club members (was “grievous and unjust” to them), which weighed heavily in favor of the court exercising its discretion in voiding the election and ordering restitution for Plaintiffs.

The ruling is particularly significant in that, like Morningside, several common interest developments with private golf clubs have also been looking for ways to shift a portion of the cost of supporting such clubs to non-club members. In light of the ruling in favor of SBEMP’s clients, they will likely now be wary of trying to do this by the means attempted by Morningside.