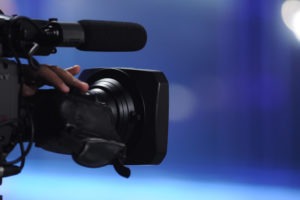 Media law is the law that controls media production and use. This area of law encompasses various types of media such as internet, broadcast television, and print media.

The practice of media law involves all types of legal matters that may surface during the production or consumption of different types of media.

All types of media are not created the same

The government treatment for different types of media varies when in terms of regulations and oversight. The greatest level of regulation is placed on broadcast media.

Broadcast media is intended for mass consumption by general audiences, such as basic TV and radio. In comparison, the internet and subscription radio have fewer regulations.

A media attorney who works in film might assist their clients with distribution contracts, option agreements, and issues with talent. Multimedia attorneys may need to work on sale regulations or software licensing.

Lawyers practicing media law must understand the business of their client to offer legal advice that is relevant to the type of media involved.

Media law usually intersects with other types of law

Along with laws that regulate media use in a direct manner, media law also involves other areas of law. Intellectual property law is an area that is often an issue in the use of media.

Today, piracy and image replication is commonplace. Therefore, media producers and other organizations experience a struggle to protect their copyrights and trademarks. Additionally, media law may involve the following types of law:

A primary question in media law pertains to federal regulations and the constitutional limits of free speech. The First Amendment to the US Constitution guarantees every individual the right to free speech. However, there are restrictions on broadcast speech that the Federal Communications Commission deems obscene.

Media law involves regulations in newspapers and books. In the 1991 case of Simon and Schuster Inc v. Members of the New York State Crime Victims Board, the US Supreme Court governed that a law that allowed the state to confiscate income from a book written by an individual convicted of a crime was invalid.

The court stated that the law focused on income from a convicted individual’s behavior. They further elaborated that they did not want to restrict speech that helps society. The court said that important books that have been contributors to public dialogue might not have been written if this law existed.

Media law is dynamic and continues to grow and evolve. Media attorneys are a part of the developments in the legal arena. Net neutrality is a modern media law debate.

The proponents of the policy state that providing content-based preference is comparable to censorship.

The opponents of net neutrality say that certain consumers, such as Internet-based media company Netflix, take up an unfairly large amount of bandwidth that can slow down other users. Media attorneys advocate for their clients on this matter that affects almost every person in the US.