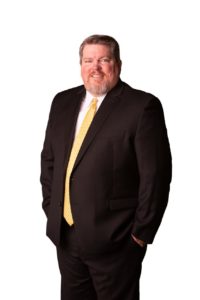 Peter J. Nolan is an AV-Preeminent rated litigation attorney and is Of Counsel with Slovak Baron Empey Murphy & Pinkney. His practice includes civil litigation, public agency and municipal law. Prior to joining Slovak Baron Empey Murphy & Pinkney, Mr. Nolan was a prosecutor with the Riverside County District Attorney’s Office for 19 years, where he served as supervisor of the Homicide and Gang Unit.

Mr. Nolan has extensive litigation experience, having tried over a hundred cases to verdict. His success in trial led to Mr. Nolan receiving many professional accolades for his service. Most notably, being recognized by the California District Attorney’s Association as the “Statewide Outstanding Prosecutor of the Year” for 2013. He was also named Riverside County District Attorney “Prosecutor of the Year” in 2008, 2009, and 2013.

Mr. Nolan also serves as Professor of Law at the California Desert Trial Academy, where he teaches Evidence and Trial Advocacy. Mr. Nolan served as the Keynote Speaker at the 2018 CDTA Commencement Ceremony.

Mr. Nolan has always been involved with our community, striving to make a difference in the lives of others. Mr. Nolan has served on the Board of Directors for both the Boys & Girls Club of Palm Springs and Big Brothers Big Sisters of the Desert. He has volunteered his time with the Family YMCA of the Desert Youth & Government Program, coached high school mock trial teams, managed/coached youth sport teams, and participated in various community improvement projects ranging from food and clothing drives to child abuse prevention, graffiti removal and gang awareness programs.