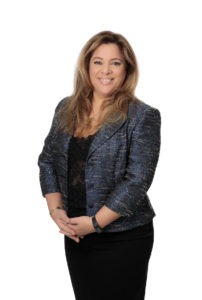 A seasoned litigator, Carolyn H. Martino, Esq., started her career in civil defense litigation in Los Angeles during her second year of law school, as a summer associate at a large firm; and, since 1998, has elected to specialize in California Family Law. Carolyn has practiced law in Southern California since 1994 and began expanding her practice from the Los Angeles area to the Coachella Valley in the early 2000s.

Ms. Martino earned her undergraduate degree at UCLA and her J.D. at Loyola Law School. Through her years of practice in the Desert communities, she has developed an outstanding reputation for integrity, professionalism, and dedication to achieving positive results for her clients. Her deep knowledge of the law and expertise handling matters involving complex estates with significant assets and custodial issues bring clarity and compassion to resolving complex disputes.

Ms. Martino is the incoming Co-Chair of the Family Law Section of the Desert Bar Association, her second term in that role. She has been named a Palm Springs Top Lawyer from 2017-2019 and has participated in the Inns of Court. She is admitted to practice before the U.S. District Court Central District, U.S. District Court Northern District, the California Supreme Court, and the U.S. Court of Appeals 9th Circuit.

A New York native, Ms. Martino’s father was a legal scholar with a focus on International Law and public policy, appointed by the United Nations to oversee the first democratic elections held in Bosnia in 1996. Ms. Martino devotes her free time to her family and philanthropy through a variety of endeavors, including as a Founding Member and Vice President of the Coachella Valley Youth Hockey Foundation, and a Member of the City of Indian Wells Architecture and Landscaping Committee.  She was featured in the Fall 2019 “Women in Philanthropy” issue of Desert Charities News. Ms. Martino currently resides in Rancho Mirage with her son.