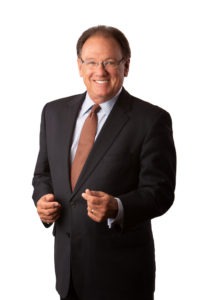 Mr. Slovak is one of the founding partners of SBEMP. His diverse practice of over forty years includes commercial, real-estate, and business litigation in both state and federal courts throughout California. Today, his emphasis is on sophisticated business and employment litigation, with an emphasis in trusts and estates litigation. He has litigated almost every type of civil case, including financial and elder abuse disputes.

Mr. Slovak is known for finding prompt resolutions even in bitter disputes, while also avoiding substantial legal fees and costs required for extended litigation and trial. His view is that complexity with numerous variables increases the possibilities of a resolution, if fully understood.

Mr. Slovak has handled numerous commercial and labor arbitration matters, as well as participated in well over 150 sophisticated mediations as counsel and occasionally acted as a private mediator upon request. He often volunteers his time to serve on the Riverside Superior Court voluntary panel of mediators.

He presently resides in Rancho Mirage, California with his wife. His hobbies include traveling, photography, and reading. Golf does not fit into his schedule given his busy trial practice.