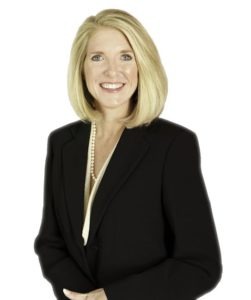 A successful litigator,  Renell E. Burch, Esq., has been practicing law in Southern California since 1999. Having moved to the Coachella Valley in 2000, she has concentrated her practice of law in the areas of Civil Litigation, Real Estate, Business, Estates and Trust law.

From individuals to businesses and corporations, including numerous successful women business owners, Ms. Burch represents and counsels clients in all aspects of preventative and pre-litigation through trial and post-trial proceedings.

A graduate of the University of California at Irvine and the University of West Los Angeles School of Law, Ms. Burch is admitted to practice before all Courts throughout the State of California, the United States Supreme Court, the United States District Court and the United States Court of Appeals.  She is an active member of the local American Inns of Court, Warren Slaughter-Richard Roemer Chapter; American Bar Association; Desert Bar Association; and State Bar of California.   Ms. Burch has been listed on the Who’s Who and has been recognized as a Palm Springs Top Lawyer in the legal profession year after year.  She has been awarded the top rating among her colleagues for her years in practice for her legal ability; as well as, her high legal ethical standards.

An advocate of early resolution, she sits on the civil bench panel of mediators for the Riverside County Superior Courts offering mediation services to the both the court and community.  Ms. Burch also volunteers her time as a fee dispute arbitrator for the Desert Bar Association.

As a highly visible member of the desert community, Ms. Burch enhances the quality of life for business, youth, and the causes close to her heart.   Ms.  Burch has served multiple charities in the Coachella Valley and beyond, and has generously donated her time and resources to volunteer at many local nonprofit organizations.  She is an active member sitting on the Advisory Board of Directors for Women Leaders Forum and former Director of the Board for the YMCA of the Desert.

She firmly believes that as a growing and thriving community, the Coachella Valley offers tremendous opportunities not only for business but also for our youth. She is honored to play an integral part in the valley’s growth.   A successful businesswoman, she resides in the desert with her husband and two children.